This post brought to you by hours of Old school britrock. 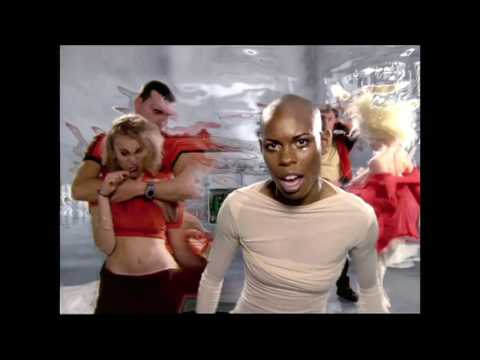 My first experience with Linux was in the late 90’s I think. Exact times and dates aren’t really my thing, so you’ll forgive me for my lack of precision. I DO know that I found a copy of linux at a car boot sale I think, a big box release for almost no money. My salary at the time was about 6 pounds a week, so you know, limited in my ability to purchase. I installed it happily on my brand new computer (which cost me a LOT of money, and months and months of saving, plus a little borrowing) and forgot to add myself to the audio group. Now, this is pre internet. (England got the internet on dial up I think around the same time as the US basically, but it was EXPENSIVE, and it was difficult to get, and that made it not really an option for teen me.) It’s pre everything honestly. I had a tattered and used manual that I think was in part German, and nothing made sense. I also had no idea how to go back to Windows.

My first Linux experience was my heart dropping to my knees and me panicking my parents were going to kill me forever.

As such, it's fun that even though all of that scarred me for life, the thing I remember the most about the experience itself is the cute little dragon who walked me through the install process. I don't know which version of KDE it was, I feel like maybe 2? The image of [kandalf](https://en.wikipedia.org/wiki/K_Desktop_Environment_2#/media/File:KDE_2.0_Kandalf.jpg) on the wiki page looks familiar. In a way this was the start of my quest to find my unicorn, the perfect desktop environment for me to live in. I've never really figured it out. I find I like parts of each of them, and I have no idea how to combine those things.

So, for example. I love tiling window managers. bspwm has been my recent love, prior to that it was herbstluftwm, and all through that I’ve thrown in alternatives. i3, dwm, even ratpoison. They each have their ups, and their downs. My main issue relates to multimonitor use, and also system tray use.

I like DWM’s way of handling multimonitor. Both screens have whatever number of workspaces you assigned, and you swap between the two with a key combination. I don’t like the fact that you have to recompile to change anything, and then logout and in to activate it.

I like that Herbstluftwm and bspwm can be changed on the fly, but herbstluftwm’s multimonitor support is not for me. I hate that if I click the combo to go to workspace 2, which is on my second monitor, instead of moving me to it, it moves that screen to my first monitor. Then I have to spend a few minutes putting it all back where I had it before. bspwm’s multimonitor is okay. You assign workspaces to monitors, and go tothem the normal way takes you to them. It’s the best way I’ve found that lets me have my other needs pretty easily.

I require a systemtray. I realize it’s frowned upon for some reason, but I LIKE the ease of just clicking on an icon and getting a nice menu I can do whatever I need to with. dwm has patches to enable a systemtray, so that’s alright. bspwm lets me use whatever bar I want, if I want to. A fair few bars have an option for systemtrays. I never could get ANY bar to work with ratpoison, though I suspect that was more my fault than it’s.

The other side of the equation is how buggy things get when you use a window manager instead of a DE. Some things just don’t work, others work with massive work arounds. With that in mind, I’ve tried a few DE’s as well.

KDE was my first, and honestly, I do love KDE. I miss aspects of the tiling WM’s when I use it, but it works just fine. The issue I have with it is the clunkiness. It feels inconsistent. Some things are in some me nu’s, others are buried deeper, some are just not available unless you edit config files. It feels messy. On top of that, I occasionally find it just breaking. I don’t know why. Weird issues with compositing, free zes. I don’t blame KDE for that, it’s probably my setup, but this is a subjective discussion of my experience, so that’s that.

Gnome was second. I liked gnome 2, it felt similar to things like windows, but different enough that it was a fun experience. Gnome 3 was horrible when it released, but became much better as time went on. They rem oved my system tray though, and then claimed it was totally fine to remove something as basic and standard as a systemtray, and if we still wanted it we could deal with it ourselves. Which honestly is sorta the gn ome standard. We’re doing what we want. If you hate it, figure it out yourself or suck it up. I approve of the mentality, but I find myself on the wrong end of that stick sometimes, and it’s not a fun stick to get in that end.

Enlightenment is fun, but it doesn’t feel done yet. Cinnamon is honestly great, like gnome and KDE had a baby. Mate and XFCE are both good, just feel a little old.

I’d like to try more wayland stuff. I like the IDEA of wayland, but this desktop runs nvidia, and that makes the prospect a little out of reach until people get their stuff together. Which people and which stuff depends on whom you speak too. I tend to blame nvidia, but I won’t be mad if you suggest people should support the most popular GPU.

I don’t have a favorite, is basically what I’m saying. I’m using gnome right now, which feels weird, considering how much hate I’ve spewed at it over the years. I won’t lie, it’s pretty nice these days.