This post brought to you by hours of Dark Techno. 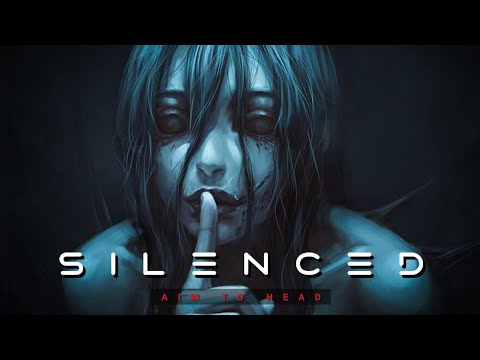 We live in a much nicer society than the one I grew up in I think. When I was a child, oh so long ago, life was simple. You put in hours of work, regardless of your personal health or happiness. In return you were rewarded with someone else getting rich and you dying old and alone because the money you had saved didn't cover the heating bills.

That was then, now things seem to be moving in a smarter direction. I grew up in the 80's in England. Now obviously I am but one idiot among many, and it's likely that I am merely alerting the world to my own experiences and prejudices, but growing up we had no real help. You couldn't go to a doctor and say, hey. I have trouble concentrating. They'd laugh at you and tell you to suck it up and get on with your work. Nowadays they diagnose you with whatever, there are drugs. There are therapy's. You can get help. I think that is great!

However, oddly, I have noticed some weirdness to this. People coming out with all kinds of mental illnesses that basically excuse them from behaving in what I would call a reasonable manner. I was watching videos yesterday talking about ADHD and how it prevents you from cleaning your house, doing any form of task reliably, learning anything useful, eating healthy, talking to people, or any other number of things that on their own would just be a quirk but combined strongly suggest interaction with you would be highly unpleasant and difficult.

How did we get along before this “You are free to act as needed, and we will adjust for you” mentality came into play? A LOT of people seem to have ADHD, or some variant of it. That makes me wonder. It’s clearly not a new thing. We’ve had people who suffered from all these issues for centuries. Was life just absolutely miserable before now, when you couldn’t be aknowledged as having an issue? You were just told to quit acting like an ass, and get on with it. Did people figure out their own ways to at least appear the same as the less afflicted, or was every moment torture.

I remember in school focusing on whatever was being taught at the time was generally nightmarish. It was a slog. Completing the tasks set by the teacher seemed like the WORST thing that could ever happen. I would put off homework until the class before it was meant to be turned in, and I think that in itself says something about how silly that was. In that I could clearly finish the work I was being set in the class I was in, AND then do the work for the next class all in the same time frame I was meant to be working on the one thing, and yet I would not set aside twenty minutes in the evening to do the homework in a sensible manner. I imagine that’s what it is like to suffer from these things. To feel that way ALL the time. Knowing that the task you are dreading, the one that keeps you up at night panicked, the one that has you wound so tight you feel like you’re stretched to breaking, could be done in five minutes if you would just do it. Somehow though, you won’t. You can’t. You don’t. All the time.

I am glad people are getting help now. Honestly, I wonder sometimes if some of the issues I suffer from stem from some imbalance in me. I won’t ask for help though, it’s not the way I deal.